On April 3, 2018, Le Monde (France) published a very insightful article written by author Jessica Gourdon (special correspondent in Esch-sur-Alzette, Luxembourg) on Luxembourg’s University, its direction, successes so far and challenges ahead. Here we have translated it into English as it takes a fair and critical look at the young institution. (link on bottom to the original French article)

The young University of Luxembourg has just moved to Belval, on a former steel site. A futuristic and “American” campus that aims for academic excellence but which still lacks notoriety.

From his office perched on the eighteenth floor of the Maison du Savoir (House of Knowledge) the young rector of the University of Luxembourg has an unobstructed view of his establishment. Stéphane Pallage, arrived at his post two months ago and is still amazed by the landscape offered by this unique campus. What makes this place so unique is that it was built on a huge industrial wasteland of 120 hectares, the memory of which has remained alive.

Chimneys that are several meters tall, cathedral-like blast furnaces, railway tracks and warehouses have all been integrated into the layout of the campus. These remains of the old ArcelorMittal steelworks alongside the ultramodern buildings of the university boast futuristic names: House of Numbers, House of the Books, House of Innovation…

Knowledge at the foot of the foundry

The old world is making way for the new. “It is a very strong symbol,” admits Stéphane Pallage, a Belgian economist who has spent most of his career at the Université du Québec à Montréal (UQAM). “And all this is just the beginning,” he continues, pointing to the cranes and sites under construction. “Because if the University of Luxembourg (Uni.Lu) started to settle on this campus at the end of 2015, its development is still far from being completed.”

Built on the skeleton of an old industrial hall, the library is scheduled to open in October 2018.  A large gilded polygon will become the House of Arts, which will soon be operational with a room of 400 seats. A building for engineers to conduct experiments is under construction, as well as an infirmary and additional housing for researchers and students.

Belval, the name given to this “city of sciences” located less than a kilometre from the French border, has great ambitions. It embodies the country’s desire not to rely solely on its financial strength, but also on that of knowledge and innovation. The site should also pave the way for revitalisation in this area that was devastated by the end of the steel industry, and it will serve to help decongest the capital, 20 kilometres north. (See also “From mines to “smart city”: how a Lorraine territory is being reconverted)

For all of this to happen, Luxembourg has put up the means: the country has invested 950 million euros to develop Belval, which also hosts research centres, start-ups and companies.

“The idea is to make Belval a kind of Silicon Valley in the heart of Europe,” says the rector. It is a little daring, but Luxembourg is a small country that has big ambitions.”

Back in 2003 however, when the Grand Duchy had finally decided to create a university – the only one in the country and the youngest in Western Europe – all this was not so obvious. A large part of the political class, in particular Prime Minister Jean-Claude Juncker, now President of the European Commission, was sceptical.

“The country was experiencing tremendous economic development. Leaders did not see the value of spending huge sums of money to fund research,” recalls Rolf Tarrach, the Spanish physicist who headed the University of Luxembourg for ten years and now chairs the European University Association. Above all, in a country so small (580,000 inhabitants), was it not vital that students continue to study elsewhere before returning to the country? “I told Juncker that we did not do a university for Luxembourgers, but for the country. That it was great if the young people from here continued to study abroad,” recalls Rolf Tarrach.

The idea was to feed the economy with new blood and therefore to target international students first and foremost. For this, the establishment has assets: tuition fees of 400 euros per year, doctoral students paid net 2,100 euros per month, bilingual or trilingual courses, a brand new campus, and courses in small groups, good prospects of integration in a labour market open to foreigners…and the result? Today, 55% of its 6,200 students are foreigners.

However, even with 113 nationalities on its campus, this very young European university suffers from a deficit of notoriety. “Its ability to attract good students is yet to be demonstrated,” says Judge Pierre Mutzenhardt, president of the nearby University of Lorraine. “This is not a very attractive place from the international perspective. If Singapore, which is sometimes compared to Luxembourg, attracts the best bachelor students in Asia, those of Europe are not yet racing to the University of Luxembourg. This did not create a new stream.”

When he was in S terminale Thionville (Moselle), a few kilometres from Luxembourg, Alexis, 18, realised that few of his acquaintances had heard of this establishment. He knew it because his parents work in the Grand Duchy and he had passed several times in front of the Belval campus. He hesitated a little with a private computer school in Metz, but was eventually seduced by the modern infrastructure of the Uni. Lu, the English courses, the university surety and the moderate tuition fees: “Having a university like that a few miles from home and not enjoying it would have been a pity.”

Today, studying for his bachelor of computer science, the young man says he is delighted: “We have teachers from around the world. And we have a room just for our training, where we can work and settle when we want.”  Next year, like all undergraduates, he will be doing a semester at a foreign university. On the other hand, he recognises that the campus does not shine via its extracurricular activities. Students are also little associated with the governance of the institution, even if it will change, says the rector.

In short, student life remains to be built into Belval.

It is the same with the academic culture. This is a major challenge while the institution assembles researchers from all backgrounds. The course that has been laid out since the creation of the university is clear and pragmatic: increase the number of publications in prestigious journals, attract the best foreign researchers and doctoral students and climb in the rankings.  These international rankings are very popular.

€ 766 million from the State of Luxembourg

To stand out in this competition, the University of Luxembourg has decided to focus its efforts on a handful of fields related to the country’s economy: IT, cyber-security, data modelling, biomedical, health, law, finance and education. But it has not won yet. “We are 11th in the World University Rankings of Times Higher Education 2017,” says Stéphane Pallage. This is already exceptional, but we must be able to reach the level of EPFL “, the Ecole Polytechnique Federal de Lausanne, which ranks first in this ranking of universities under 50 years.

To implement this strategy, the rector has substantial resources: for the next four-year plan, which the university has just signed, the school will receive 766 million euros from the State of Luxembourg, 30% more than in the last contract. As the only university in the country, Belval gets all the “favours” of the Ministry of Higher Education of the Grand Duchy, as well as the National Fund for Research. This striking force allows the rector to attract some “stars”, such as sociologist Louis Chauvel, former pillar of Sciences Po, in Paris. In total, the University has 260 permanent teachers-researchers, plus a battalion of 430 post-docs and an army of 640 doctoral students.

It is this environment that has attracted Jacques Klein, a French computer scientist working for Inria, the French public research body dedicated to digital science and technology.

“The conditions for doing research are very good. The university has no problem to finance travel for congresses,” says the researcher of 38, hired with a salary somewhere in the  order of double what is offered to a lecturer in France.

Despite these good conditions, the research system remains “young”, according to  the  judgement of the president of the University of Lorraine, Pierre Mutzenhardt: “If the Luxembourg university is beginning to be recognised in certain fields, such as materials or computer science, it does not yet host a major infrastructure for research.  In addition, the link with teaching has yet to be created.

“Before this unknown university finds its place in Europe, it will have to make itself one in Luxembourg, where a part of the population still doubts its interest.”

Nevertheless, this youth can be a force. This is what seduced Elise Poillot, law professor at Belval and former lecturer at Lyon-III. According to her, the University of Luxembourg offers teachers a certain freedom, with considerable resources, far from the mandarinates: “There is no tradition, no pre-established system. Everything is to be invented.”

The teacher was able to create a “law clinic” to deal with real cases with her students. She also appreciates the “very international” character of the teams and students, of whom she knows “all the first names” and who are “not stunned by a system of mass education”.

However, before this unknown university finds its place in Europe, it will be necessary for it to establish a firm one in Luxembourg, where a part of the population still doubts its interest.

“The university does not really position itself as a place of public debate. It is a bit like a foreign body,” says a former professor of history of the Grand Duchy. Marked “by a liberal Anglo-Saxon thought, it has no critical role vis-à-vis the politics, economy or society of Luxembourg,” he regrets. No wonder for a university that looks above all else… 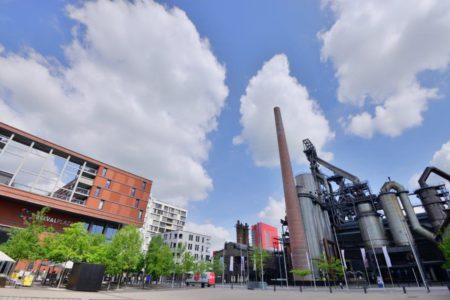 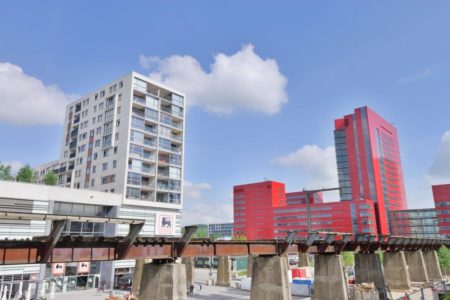 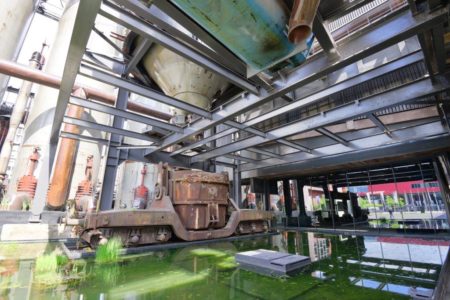 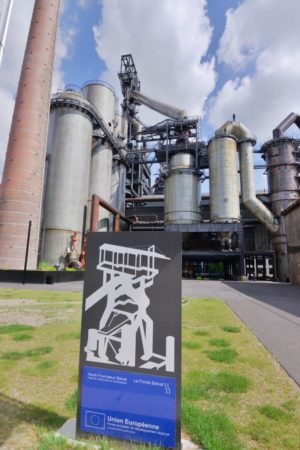 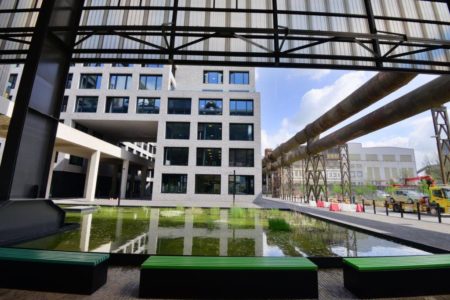 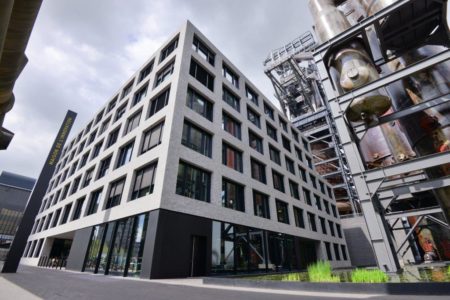