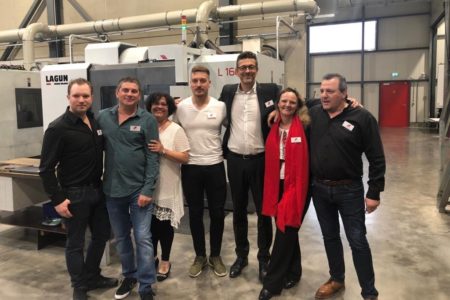 “When we see where we are today, we feel that we have not made a wrong choice,” says Isabelle Saint-Antoine with pride, one of the founders of Agilis Engineering. “We are happy every morning to do what we do and the creation of our ‘Agili family’, engaged and united, is another source of satisfaction.”

However, the venture was far from guaranteed since it was in the midst of the 2008 financial crisis that she, with Baptise Cristini and Pierre Wolff, came up with the idea of creating a service company to reduce the cost of an industrial process by rethinking the entire life cycle of graphite products.

“At that time, all three of us worked for a company that produced carbon and graphite components, but our employer was not interested in this approach. That’s why we launched our own business,” says Mr. Cristini.

From the very beginning, the company was therefore based on solid and practical experience: a strong business expertise and an approach to control and reduce costs that, inevitably, appeals to industrial customers in times of crisis.

Break-even from year one 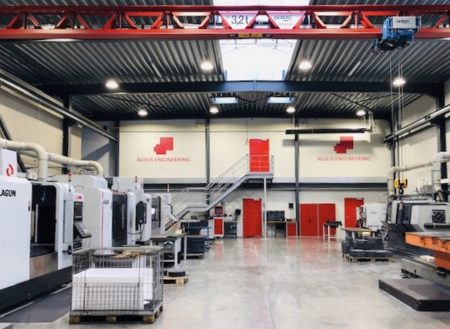 It was at the premises of Ecostart (now Technoport), in Foetz, that Agilis was invited in August 2009 to get started, with the help of state support targeted at entrepreneurs. “From the beginning, we were supported by Luxinnovation in the development of our business plan, which enabled us to participate in and win the 123 Go program. It also opened up a relationship with the Ministry of the Economy, which led us to the Ecostart incubator.”

The company prospered very quickly and reached break-even in the first year. In the early stages, it outsourced the production of graphite parts that it designed and developed for its customers. However, it had to quickly change direction. “Given our volumes, we were not the priority of the subcontractor and the commercial terms quickly became unsustainable. Either we created our own workshop or we shut it down,” says Ms. Saint-Antoine. “At the same time, I joined the Chamber of Commerce’s Business Mentoring programme with an industrial mentor. It was an ideal opportunity to put things into question particularly in the way we were approaching  funders. It allowed me to learn how to open doors and say the right things at the right time. It was a great help.”

As a result Agilis embarked on a colossal investment for its size to finance seven machines, again with the support of SNCI and State aid, as well as banks, despite the difficulty of convincing the latter of the viability of the project. Then in July 2011, less than a year after taking the decision, the workshop became operational. Now controlling the entire value chain, from design to production, Agilis is in a phase of continuous growth. “We can develop our projects as we wish and at our own pace. We are the ones who set priorities and no longer an external service provider,” says Mr. Cristini.

The company diversifies its field of activity, as opportunities and demands arise, and operates in many fields: hard materials, photovoltaics, drilling activities, electromobility and even the space industry. “We are constantly looking for new processes, new suppliers, new alternatives for our customers. This avoids being too dependent on external parameters over which we have no control. Moreover, it is precisely at more sensitive moments that our service expertise is recognised, even far beyond our borders. We clearly position ourselves with our customers as a partner and not just a supplier.”

Agilis’ business continues to grow, with greater export diversification, a 30% increase in turnover in 2018 and, for the first quarter of 2019, an order book as full as for the entire year 2017.

“I remember that our very first order was 2,100 euros,” smiles Mr. Cristini.

At the end of its lease with Ecostart, the company was forced to become independent. However, it was not easy either. “We were looking for premises of 1,200 m2 and we only found smaller ones or spaces which were much too large. Then sometimes at totally prohibitive rates. After 6 months of research, we moved towards the construction of our own building and found this opportunity in Grass, via contacts at the Ministry of the Economy. Here again, Luxinnovation and the Ministry have effectively supported us in the preparation of our financing files,” explains Miss Saint-Antoine. 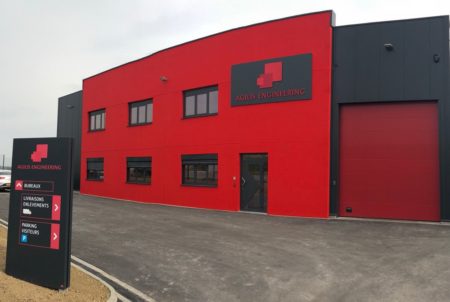 Agilis has therefore built its own facilities in a fast-growing regional business area. With a large workshop that houses new machines and even a sports/wellness room on the first floor. “When we started our workshop in Foetz, we had no idea where to go, and we started with our own screwdrivers,” recalls Mr. Cristini. “There, with production in progress, we had to anticipate and organise ourselves to limit the production shutdown to 2 weeks during the Christmas holidays, thus reducing the impact on customer service”.

This was not enough to dampen the enthusiasm and dynamism of the Agilis team, which is present on all fronts. “We continue tototally focus on the tasks in hand and move forward with positive stress. That makes us happy! For us, this new building is a way to capitalise on the last ten years of work. And we still have a lot of ideas and projects in the pipeline,” informs Ms. Saint-Antoine.

Hard material solutions specialist Ceratizit is in the process of implementing an ambitious industry 4.0 approach with sustainability and improved efficiency at its very centre.
Read more

On the road to smart manufacturing

Several large industrial groups have chosen their Luxembourg sites to pilot the digital transformation of their production. The country is mobilising resources in order to generalise their success.
Read more

First DIH ON TOUR a success

Between 25 October and 16 November 2021, the Luxembourg Digital Innovation Hub (L-DIH) team toured the country with its yellow bus to meet manufacturing companies and discuss their digital transformation and implementation of an industry 4.0 approach. The exercise was deemed a success, and the team intends to repeat it in 2022.
Read more