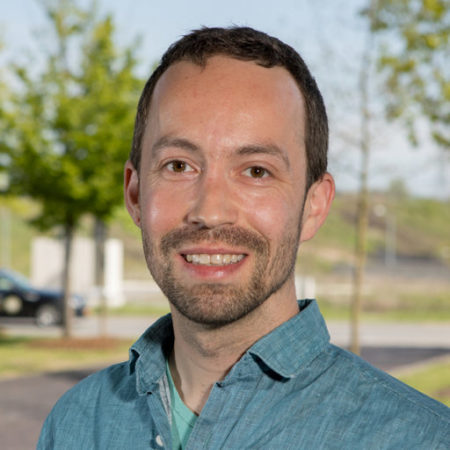 For several months already, Philipp Bender, a post-doc researcher at the University of Luxembourg, is a national delegate in standardisation to ILNAS (Institut luxembourgeois de la normalisation, de l’accréditation, de la sécurité et qualité des produits et services). He is a member of the ISO/TC 229 technical committee in charge of developing standards in the field of nanotechnologies.

At first, Luxembourg had no nanotechnology delegates until Philipp Bender expressed his interest in following and participating in the work of the technical group.

It must be said that before arriving in Luxembourg in spring 2018, Mr Bender spent more than three years at the University of Cantabria, Spain, where he worked as a post-doc researcher on the European Nanomag project. “The main objective of the project was to standardise the characterisation of magnetic nanoparticles, with an emphasis on biomedical applications,” he says. One of the main achievements of this project, in addition to dozens of scientific publications, was the contribution of our consortium to ISO standards, notably through the ISO/TC 229 technical committee.”

Logically, once established in Luxembourg, he wished to continue his involvement in this work and therefore asked to register as a Luxembourg delegate, focusing on the standardisation of magnetic nanoparticles. “Looking through the list of ISO standards currently being developed within TC 229 Nanotechnologies, I found with my colleague Inmaculada Peral Alonso (University of Luxembourg) that there is a significant overlap in the research and development of companies and academic groups (universities and research institutes such as the LIST) in Luxembourg. We have therefore decided that it would be in the best interest of industry and academia to set up a working group to represent Luxembourg on this TC 229 committee.”

For the moment, Philipp Bender is the only Luxembourg representative to be officially registered in this technical committee via ILNAS. “Dr. Peral Alonso and I have approached the academic staff of the University and the LIST to help set up a national working group. In addition, we are working with Luxinnovation to evaluate which companies might be interested in participating”.

Researchers from the University of Luxembourg and the LIST have already confirmed their interest in participating in this working group.

“Industrialists using nanotechnologies are increasingly present in Luxembourg. They now have a great opportunity to participate in such a working group on future ISO standards in this field. It is essential that their views be taken into account.”

Once these companies have been registered in ISO/TC 229, this national working group will meet to concretely launch its work to contribute to international normative projects.

“By bringing together a number of stakeholders, it will be possible to create a national mirror committee for standardisation,” says Jérôme Hoerold, Head of ILNAS’ standardization department. “This committee will coordinate the work and aim to obtain consensus positions that will then be those defended by Luxembourg at the international level. It will then be possible to make recommendations to influence the content of standards developed in the field of nanotechnology.”

Would you like to join this working group for the implementation of the ISO/TC 229 standard covering the field of nanotechnologies? Contact Philipp Bender or Inmaculada Peral Alonso.

Are you interested in being part of the Luxembourg Materials & Manufacturing Cluster? Find out more and contact us