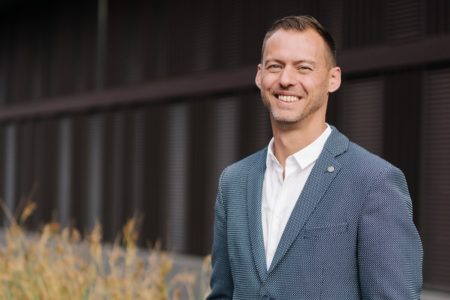 Marc Lis, what have been the highlights of the activity of the Luxembourg Creative Industries Cluster over the last six months?

“We have obviously been confronted with a lot of cancellations, delays and upheavals in our event and project planning.

We have made parts of this programme digital and organised webinars with three objectives: firstly, to highlight how creatives are coping with the health crisis, developing new tools/services and repositioning themselves.

Secondly, to demonstrate how creatives can be solution providers for other sectors.

And finally, to discuss the prospects of the creative industries with international experts, in order to ‘make a prognosis’ on the evolution of this sector, which at the time was rated as the one with the strongest development potential as it had a higher speed and growth rate than other economic sectors, as shown by studies published by Unesco and the Oxford Economics Institute.

These webinars were a great success, with a total of almost 220 participants.

We obviously continued putting players in touch with each other. We responded to more than 50 requests over the first 6 months of the year, half during the pandemic.

At the same time, our cluster community continues to grow. Nearly 30 new companies have joined us since the beginning of the year. They are now more than 550.

What impact has COVID had on the creative industries?

“Based on the feedback we have received, the impact is obviously considerable and mostly negative.

Traditionally, it is the creative industries that ‘suffer’ most from budget cuts in times of crisis that create financial and economic uncertainty for their clients.

The events industry has been completely overwhelmed by the health crisis, but new ideas and solutions are already bearing fruit. It will be difficult to catch up in 2020, but in most cases, the ingenuity of creatives has helped them limit the damage.

Paradoxically, the two sectors that should have been the most solicited – Marketing & Communication and Film & Audiovisual – are the ones that have suffered the most from order cancellations.

The Digital Media and Interactive Media & Gaming branches, on the other hand, have experienced a boom in their activity, given the great demand for digital tools and solutions.

I remain optimistic for the future. The coming months and years will demonstrate the resilience of the creative industries, even if it is obviously too early to make predictions. We know, for example, that in the music sector, the manager of SACEM Luxembourg predicts that the economic consequences of COVID will only be felt by composers and musicians at the beginning of 2021.

It is nevertheless obvious that even if creatives are considered key players in this period, their resilience will be closely linked to that of companies in other sectors. For if other companies fail to make it through, there will be direct repercussions for creatives.”

What was your role as cluster manager in supporting companies during this unprecedented period?

“First of all, I had to remain more attentive than ever to the sector and continue to create synergies between the creative industries and other sectors. We, the cluster managers, have also been in the front line in advising companies and drawing their attention to state aid, particularly within the context of the Neistart recovery programme.

Finally, we are always developing ideas for partnerships and collaborations to launch ‘flagship’ projects for the benefit not only of companies, but of the whole sector and even the national economy.”

How do you envisage restarting activities in the coming weeks/months?

“It’s difficult to say at this stage. Everything will obviously depend on the development of COVID over the next few months and whether there is a snowball effect. If the economic activity of other sectors suffers a ‘cooling’, the creative industries sector will directly be impacted.”

What is (are) the next key meeting(s) for your cluster? for your sector?

“At the cluster level, we are confident that we will launch an interesting project very soon, but it is too early to talk about it.

As far as the sector is concerned, I would like to mention the next edition of the ‘Intellectual Property Afterworks’, which will take place in October, with two very interesting webinars: ‘Intellectual Property and Creativity in Communication’ on 1 October and ‘IP valorisation in collaborative developments’ on 14 October.

And then there will be a Creative Week organised by Incubator 1535 from 17 to 24 October”.

Are you interested in the activities of the Luxembourg CleanTech Cluster? Find out more and join us!