At the dawn of 2018, we spoke to the Mayor of Dudelange, Dan Biancalana, and to the Engineer for Dudelange City, Nic Krumlovsky, about the “Dudelange Innovation Hub” (Innovation Hub Diddeleng) project, how it came about and what the future holds for not just this project, but the ecoinnovative neighbourhood that it will become a part of, offering as good a living environment as it will a working environment in the south of Luxembourg.

On September 29, 2017, Secretary of State of the Economy, Ministry of the Economy, Luxembourg, Francine Closener, presented the “Dudelange Innovation Hub” project, the first incubator for young innovative companies and technology in the City of Dudelange.

Located within the future Neischmelz district, the start-up centre for innovation is being co-financed by the Ministry of the Economy. The entrepreneurs and companies housed there will be supervised by Luxinnovation and Technoport who are also involved in the design of the future Neischmelz economic centre and is located at 100, route de Volmerange, the last administrative seat of Arcelor-Mittal. Located on an area of more than 500 m², the premises is completely renovated and converted into 12 offices and meeting rooms.

With a collective desire these common players want to contribute to local, regional and national development by supporting the development of technological and innovative companies. The preferred field of these start-ups will be environmental technology, in line with the identity of the future eco-district.

Background to the Project

Dudelange Mayor, Dan Biancalana tells us:  “We took the initiative to lead this project more than a year ago and contacted Luxinnovation and Technoport because we realised that if we were going to set up an innovation hub we needed to get the expertise to support that part of the project and to really make it work.

But the broader picture is that for the next 10 to 15 years we will develop in Dudelange a completely new area for living, working and leisure to be created on the former Arbed and Arcelor Brownfield where activities stopped in 2005. This will include 1000 living units which will house approximately 2300 to 2400 new inhabitants so we expect to see some new faces. Of course there will be new public infrastructure as well as economic development.

One major challenge is to keep the industrial heritage, on the one hand, and then of course to impose a new modern environment at the same time within an area that is carbon free and offers a high level of mobility.”

Mayor Biancalana explains that within the economic context they wanted to initiate a pilot project for start-ups so as to kick-start entrepreneurship for Dudelange. The building that belongs to Fonds du Logement currently houses a small company but the other part has been empty since July 2016 so it seemed a good idea to fill this building with life and an innovative spirit.

“We are only at the very beginning stage. We will have a landing page for the innovation hub that will offer all the information that anyone needs ready to go by early 2018. “

How it will work

Selected according to a procedure involving Luxinnovation, Technoport and the City of Dudelange, the chosen young companies will be accommodated there for a maximum of 5 years. There are two types of companies which will be distinguished according to their age:

The City, meanwhile, is doing its part by organising events on the site of the “Innovation Hub Diddeleng” that make visible to the population and local businesses the activities of companies that are established (open doors to the public, school visits, …). This is all the more relevant since it intends to create synergies between start-ups and city services.

“For the neighbourhood we have a master plan designed by architect Christian Bauer who won our competition based on specific criteria. We are looking for different ideas for this area – without using natural gas for example – and trying to use geothermal energy with a goal of keeping the buildings as neutral as possible. We want to promote less cars and more public transport (bus and train) and electro mobility. We want to incorporate ideas of the circular economy and get away from the ideas of “take, make and dispose”. The neighbourhood has to be sustainable and carbon free and for ideas we visited Park 2020 a few years ago in Amsterdam where we got a lot of inspiration about energy.”

Mayor Biancalana continues, ““The brownfield is 40 hectares. On it we want to create different types and forms of living units with a mix of single and common units and sold and rental. We also want to have a very functional mix of living, economic and leisure facilities.”

Listening to both Mayor Biancalana and Mr Krumlovsky talk about the project it is impossible not to become enthusiastic for many reasons. The country of Luxembourg, which is growing fast, needs more affordable, modern and well thought-out housing and the new population cannot just concentrate in the capital. Although it will take some time, as all well planned infrastructures do, reviving this area and making it thrive will be good for the south of the country in tandem with the growth of Esch and Belval.  And the concept of the neighbourhood is very hopeful, potentially offering as good a living environment as it will a working environment in the south of Luxembourg.

Dudelange is undergoing a lot of change. If you look back to the end of the 70s and 80s when the steel industry had a major crisis and the ministry of the Economy helped by implementing national industrial zones between Dudelange and Bettembourg, this helped on a transitional level. The R&D and innovation that is occurring now and in the near future will help revive this area on a new strategic level.

Luxinnovation on its behalf is putting a lot of energy into growing cleantech, and the innovation hub of Dudelange falls in line with these goals to some extent. Although only at the early stages, Georges Schaff, Head of Sector Development CleanTech for ‎Luxinnovation has developed a clear business development strategy that involves looking to Scandinavia and the Nordics for good ideas and in the hope of attracting new business opportunities to Luxembourg.

Although financing for the Dudelange Innovation Hub is coming from the Luxembourg government and subsidies are coming from the Ministry of the Economy the entire management lies in the hands of the municipality.  Their first focus for start-ups is eco innovation since the spirit of Neischmelz is to be a carbon free area but the hub remains open to companies with other ideas.

“We want to build relationships with companies in the area and also between the start-ups and the municipality in order to set up common projects so that they are not an isolated body,” says Mayor Biancalana.  “So for now we are counting on our partners when they are talking to companies. We need to see that a company is a good fit and if we do then we will let them present themselves and then the three partners will take a common decision.

For 100s of years, when Arbed and then Arcelor were active here Dudelange sat around the brownfield meaning there were the “schmeltz quarters” and the steel industry was on an island. What we want is a fluid area that exists between Schmeltz and little Italy and the centre of Dudelange and it is critical that we think now about how to integrate the three together.

“Neischmelz is not an island. We do not want it to kill the centre of the city.”

Mr Krumlovsky adds, “The Innovation Hub will come first but our ambitions take into consideration that the development of Neischmeltz will take time before we will have really breathed life into this area. We are not building the neighbourhood just for living but also for major functions and that is a challenge. We want small shops for everyday life. Most of all we want a community where people want to stay for a long time.

We are interested in international solidarity and included in the neighbourhood will be a place for asylum seekers with the Red Cross. We will have spaces for a collective of artists because Dudelange is also keen to push creative development in the area.  There are plans for a skate park, and a streetball area etc. This is all coming about through a process of participation with, and from, our citizens in order to design this entire area with collective input. What do people want here? There will be an urban garden for example with a transition area designed on different levels. Discussions are still occurring including new ideas and we will only see the first infrastructure construction begin in 2019. ”

“Once the start-ups are there we will follow up with the developments of Neischmeltz and with this whole new area to encourage people to work, play live and hopefully stay here,” the Mayor concludes. “With the projects we are establishing it is also a major opportunity to be part of a complete development and if the start-ups themselves have interesting ideas we encourage them to pitch them so they can be a part of a brand new area.”

Additional information
Diego De Biasio, CEO at Technoport SA and Valentin Rongoni, Advisor – Start-up Support at Luxinnovation are additional points of contact for people interested in the Innovation Hub. They can be especially helpful if people have questions or would like to present their projects before sending them directly to the Dudelange Mayoral office. 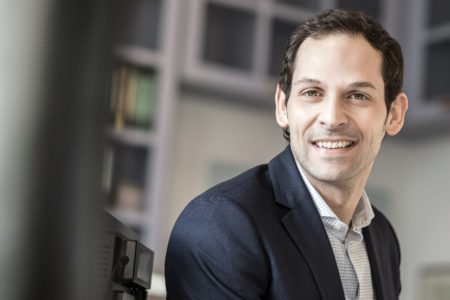 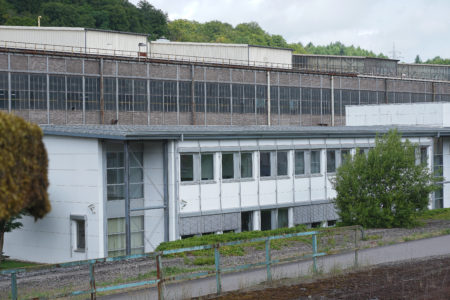 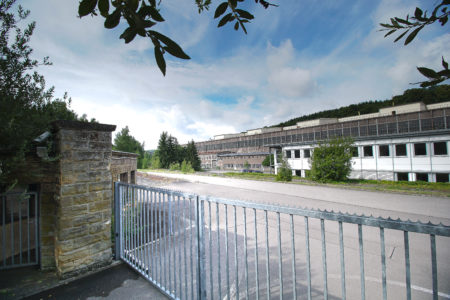 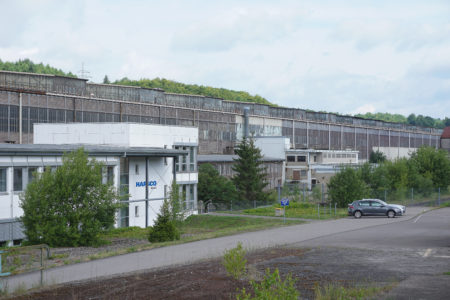 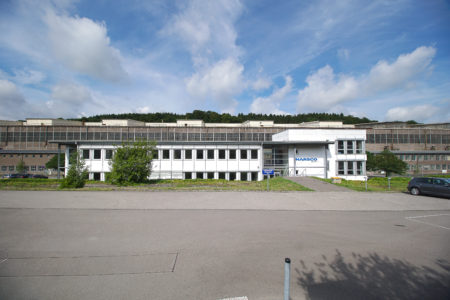 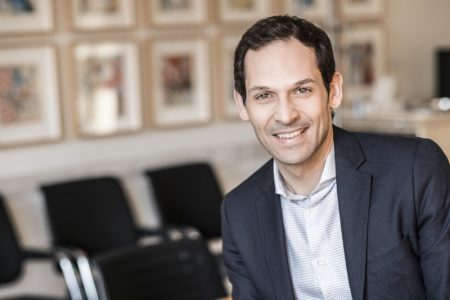 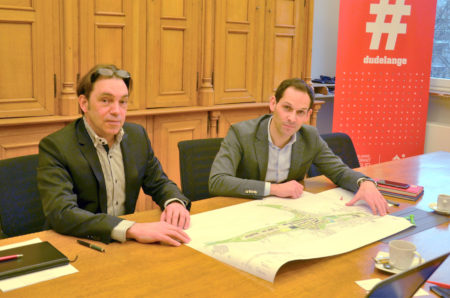 The ESRIC start-up support programme is the world's first accelerator and support scheme dedicated to space resources. It is open to start-ups worldwide, and interested candidates are invited to submit their applications by 23 January 2022.
Read more

The 20 startups selected for Fit 4 Start #12 were chosen from a total of 214 applications coming from 42 countries. For this 12th edition, an additional category, focused on HPC and data analytics, has been added to the 3 traditional verticals ICT, healthtech and space.
Read more

gener8tor, a “Top-15” United States-based accelerator and venture fund, announced that it is choosing Luxembourg as its launch point into Europe.
Read more

The national high performance computing centre in Luxembourg tailors its “use & support” model to the individual needs of companies of all sizes and develops its ecosystem by participating in local start-up acceleration programmes like Fit 4 Start.
Read more