On Saturday 14 December, the Games and Interactive Digital Media Association (GIDiMA) officially presented itself to the general public. This organisation aims to support the development of an industry in vogue in Luxembourg: video games and interactive media. 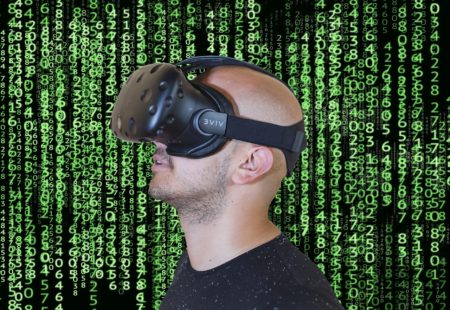 The Gaming industry and, more broadly, the interactive media industry, are positioning themselves to defend their interests and, above all, to generate traction conducive to their development.

To this end, the Games and Interactive Digital Media Association (GIDiMA), was born. It aims to bring together individuals, professionals, companies, legislators, practitioners and public bodies active in this field.

“There was a first attempt to create a strong ecosystem around gaming at the beginning of the decade. But this did not last long after the departure of some flagship companies in Luxembourg that had not found the right conditions for their development,” says Nima Azarmgin, COO of IoTech Studios, co-founder and Chair of GIDiMA. “With this association, we favour a bottom-up and collaborative approach, listening to the needs and expectations of our members and working closely with existing initiatives. We know that the scope of action is very broad.”

Although the economic tsunami promised in the early part of 2010 in this sector of activity has not taken place, a few players have nevertheless made their mark in the field.

The creation in 2018 of Advanced Technician Certificate (Brevets de technicien supérieur, BTS) “Game Art and Game Design” (AG) and “Game Programming and Game Design” (GP) and the implementation of the Luxembourg Creative Industries Cluster managed by Luxinnovation are there to support the ongoing development. “The recognition beyond the work of artists such as Karolina Markiewicz and Pascal Piron is proof that interactive media and technologies are not only about serious games, but also about a wide range of expression in the creative sphere,” adds Mr. Azarmgin.

Consolidate and develop the ecosystem

GIDiMA’s ambition is to consolidate and develop an ecosystem that will allow local players to develop. But it also wants to attract new ones from abroad, including small structures. “Size is not always a determining factor,” confirms the association’s president. “As long as there is real know-how, it is possible, with talent, feeling and a little luck, to create beautiful content that finds its audience and is quickly distributed across borders. This is where we need to be supported, both by public and private players, to manage growth and have the resources to adapt to the operational level.”

Often overlooked or misunderstood, the interactive media industry is worth hundreds of billions of dollars. An amount that alone justifies the sector taking charge of advocating its good causes with economic and political decision-makers: tax regimes, intellectual property, subsidies, economic developments, R&D and Innovation… There is no shortage of subjects.

GIDiMA intends to list them in order to carry more weight. “We will first start with an extensive mapping of the community in order to clearly identify all the actors. This is essential if we want to be credible in front of the authorities and parastatals,” Azarmgin said. “From there, we will broaden the scope of our reflection to include what is being done abroad. Such benchmarks will allow us to better measure the work that remains to be done here. We also intend to position ourselves with the European federations active in the sector.”

Marc Lis, the manager of the Luxembourg Creative Industries Cluster, which includes 25 companies linked to the Gaming and Interactive Media branch, is delighted with the creation of GIDiMA. He sees this as further evidence of a very positive development of the sector in the country, as well as an important anchor for all sector’s players, present and future.

“To build and strengthen this part of the sector, we must both consolidate the existing ecosystem and encourage new’in-house’ talents, such as those who will come from the BTS in Arts et Métiers,” he explains. “This is an interesting transition phase, to be followed very closely in view of the rapid technological changes in terms of virtual reality and augmented reality.”

The economic potential is enormous in an industry where a successful product can immediately generate substantial revenues and returns on investment. “We are practically starting from scratch, which is a great challenge for us. However, we are convinced that with the support of our members and community cohesion, we will succeed,” concludes Mr. Azarmgin.

The automotive sector at a crossroad

”Strengthening the link between the creative industries and industry in general”

The players in the creative industries are, at several levels, essential links in the construction of an efficient business. The Luxembourg Creative Industries Cluster builds awareness for everyone. Explanations from its manager, Marc Lis.
Read more

"Focus on the bio-economy"

Circular economy and sustainable construction: these are two topics that the Luxembourg CleanTech Cluster is following very closely. Interview with its manager Charles-Albert Florentin.
Read more

As a traditional material par excellence, wood, strongly impacted by technological developments and digitalisation, is gaining in notoriety. Explanations from Philippe Genot, manager of the Luxembourg Wood Cluster.
Read more

Mobility innovation in the Greater Region