How mission-oriented innovation can change society

Innovation is widely recognised as an important driver of competitiveness, economic growth and job creation. Many countries implement research and innovation programmes to stimulate R&D that can result in innovative products and services and increase the success rate of innovative companies. But what is their real value for society? 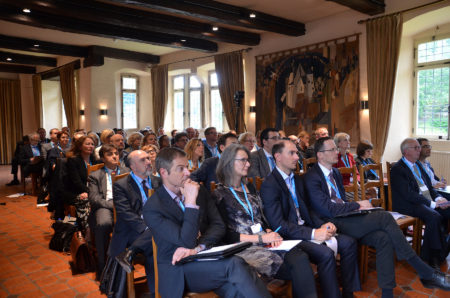 “To quote Richard R Nelson’s work The Moon and the Ghetto, research and innovation has enabled us to send man to the Moon but not to solve the inequalities of underprivileged inner city areas,” said Professor Rainer Kattel, Deputy Director of the Institute for Innovation and Public Purpose of University College London. Professor Kattel was the keynote speaker at the annual conference of TAFTIE, the European Network of Innovation Agencies, which Luxinnovation hosted on 6 June in its role as TAFTIE 2019 chair. “We are well able to capitalise on research and innovation to address technical challenges, but how can we use the same approach to solve major societal issues?”

Horizon Europe will focus on topics including climate change, cancer, oceans, carbon neutrality and food – themes that many people can identify with and consider important. “The missions are about creating something that will make people on the street talk about science,” said EU Research Commissioner Carlos Moedas at a press conference in February 2019.

“Defining research and innovation programmes that target societal problems instead of market failures is a very fundamental change,” said Professor Kattel. The focus is moving from technology development to defining a vision of what society should look like in 20-30 years’ time and then combine technology and innovation in order to get there.

The mission-oriented approach implies that programme managers need to think in new ways on many aspects. “Addressing this type of societal issues is mainly a matter of changing people’s behaviour. How do we move around? What types of food do we consume? What do we do with our plastic? This means that we need to find relevant ways of tapping into societal movements and engaging people in general, not just researchers and entrepreneurs.”

This is exactly what was achieved in Luxembourg a few years ago, when the government collaborated with American economist Jeremy Rifkin to develop a vision for the “third industrial revolution”. This expression refers to the industrial and social transformation that is driven by the convergence of information technologies, renewable energies and new modes of transport.

“The government wanted to define strategies and missions to be implemented and get a buy-in from the population,” said Benjamin Questier, Strategic Advisor and Head of European R&D and Innovation Support at Luxinnovation, who was also among the speakers at the TAFTIE Annual Conference. “More than 300 participants – citizens in general as well as government representatives, business people and academics – participated in thematic working groups and developed a vision for Luxembourg in 2050 and the best way of getting there.”

Luxinnovation also works to bring together companies that are driven by the same vision to tackle important challenges. “We use a bottom-up approach to build flagship projects, that is, multi-stakeholder projects with cross-sector interest,” explained Mr Questier. “When we pick up a relevant idea for a potential visionary project, we use our network to go cross-sectoral and invite ministries, NGOs and others for further discussion and co-design. The idea must mature by going through a well-defined process with clear outputs at each step. If, at the end, there is solid commitment from the stakeholders, we go ahead with defining and launching a flagship project that can be funded by participating companies or with additional support from the public sector. R&D and innovation grants can sometimes also be used in the process.”

Luxinnovation is currently supporting several such flagship projects such as the National Composite Centre – Luxembourg that was set up a few years ago as a collaboration between industry, the Luxembourg Institute of Science and Technology (LIST) and the Ministry of the Economy. Other examples include the Plastic Loop project, which has the goal of optimising the value chain and boosting the recycling, reuse and design of plastics, and the Circular Economy Hotspot project in Wiltz. “I see the flagship projects as a step in the direction of mission-driven innovation actions,” says Mr Questier. “When the Horizon Europe programme becomes operational, I think there will be further instruments available for national innovation agencies that want to develop such approaches.”

Due to the outbreak of the COVID-19 pandemic, the format of the 2020 Cleantech Forum Europe had to be modified. A virtual programme will be offered on the original event dates, 18-20 May, and will be followed by a first-ever end-of-the-year festive Cleantech Forum in Luxembourg on 7-9 December.
Read more

Call for projects for innovative solutions to combat COVID-19

In order to support the Luxembourg start-up ecosystem, the Ministry of the Economy, in collaboration with Luxinnovation, will launch a call for projects entitled “StartupsVsCovid19” on 9 April 2020. A series of webinars on the main support measures that start-ups can benefit from will also be organised.
Read more