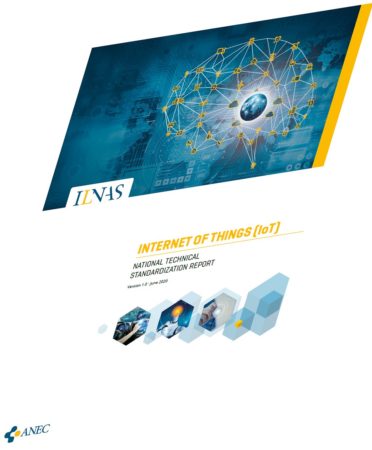 Today, the Internet of Things (IoT) is a field which is expanding almost exponentially. According to sources, there are currently between 25 and 30 billion IoT devices in the world and some estimate that 127 new devices connect to the Internet every second.

Hence the interest in this national report on technical standardisation published by ILNAS (The “Institut luxembourgeois de la normalisation, de l’accréditation, de la sécurité et de la qualité des produits et services”), two years after the publication of a white paper on IoT with the support of the Ministry of the Economy.

This document first reviews the technical landscape of IoT, focusing on the value of data and the need to ensure adequate levels of security and privacy protection. It then gives examples of use cases, proposed by national stakeholders, specifically in the areas of satellite connectivity in support of IoT and intelligent mobility. Finally, it depicts the current landscape of IoT technical standardisation, and specifically Luxembourg’s participation in IoT.

“With this publication, in line with the national standardisation strategy 2020-2030, ILNAS pursues its objective of raising awareness and informing the Luxembourg market by highlighting in particular the opportunities in technical standardisation and national activities concerning one of the technologies targeted by the national ICT standardisation policy 2020-2025“, explains the press release published by ILNAS.

The new Master MTECH “Technopreneurship: Mastering smart ICT, standardisation and digital trust for enabling next generation of ICT solutions”, developed by ILNAS, the University of Luxembourg and the Luxembourg Lifelong Learning Center of the Luxembourg Chamber of Employees, will also focus on IoT. The aim of this diploma is to enable ICT professionals to grasp the challenges of technical standardisation in order to innovate in the constantly evolving field of Smart Secure ICT.

ILNAS also reiterates that Luxembourg actively participates in the technical standardisation of the IoT via its national ISO/IEC JTC 1/SC 41 study committee, which currently has 18 national delegates in standardisation.

Anyone interested is welcome to participate free of charge in the development of standards by becoming a national standardisation delegate in one or more technical committees. Simply complete an application form and send it by e-mail to ILNAS.