The last edition of Meating – the networking lunch for participants in the Fit 4 Innovation programme jointly organised by Luxinnovation, Resultance and TrAxxion that was extended for the first time to include members of the Automotive, EcoInnovation and Materials & Manufacturing – was held at the Glanzstoff Textilcord premises in Steinfort. This event give directors of businesses of all sizes the opportunity to meet up and exchange thoughts and ideas in a friendly atmosphere over a nice walking lunch provided by Traiteur Steffen.

Around 80 participants attended the presentation given by Arnaud Closson, CEO of Glanzstoff Textilcord, which was established in Luxembourg over 50 years ago and specialises in the manufacturing of textile reinforcements primarily destined for the tyre industry.

Having originally been founded by American tyre manufacturer Uniroyal in 1965, the company was taken over by German group Continental in 1979 and later Austrian group Glanzstoff, which established its head office in Luxembourg, in 1997.

The latest change to date came when Thai company Indorama Ventures, which specialises in polyester production, took over the company. The part-family, part-public international group (which is listed on the Bangkok Stock Exchange but is owned primarily by the Lohia family) became a leading shareholder in 2017 before going on to acquire DuPont Teijin Films immediately after.

“We have since taken on a new dimension, becoming a highly strategic player in Indorama’s development. This buyout was an additional step in transforming our operations and better serving the tyre industry”, Arnaud Closson explains.

The group went on to implement an active external growth policy, taking its consolidated turnover from €250 million in 1997 to €9 billion in 2016 and expanding to three other sites across Europe (in Italy, the Czech Republic and France, in Longlaville) and one in China, “to provide one of our major clients with as much local support as we could”, he continues.

The company employs 150 people at its Steinfort site, and whilst production is centralised in Europe, its export operations are certainly global, including China, Korea, Mexico and the United States. Glanzstoff is the world’s second-largest producer of rayon – a cellulose-based man-made fibre used in the radial carcasses of tyres to give them resistance and transfer forces between the vehicle’s steering column and the ground.

Glanzstoff Textilcord was also involved in the manufacturing of thermal insulation reinforcements for parts destined to be used on the Ariane 6 rocket yet still felt the need, two years ago, to really take a good look at itself at a time when the entire industry was starting to return to high levels of growth following a few slow years. “We were unable to handle this turning point as well as we would have liked and produce good products and deliver them correctly to our clients at the same time, which is why we signed up to the Fit 4 Innovation programme, to help us identify ways in which we could improve”.

The programme, put together with the help of an external consultant, was based on three pillars, namely planning, to resolve the client delivery issue, which was the biggest task the company had to face; the introduction of performance indicators to allow them to monitor production processes performed by modern, high-performance machinery in real-time; and last but not least innovation, in terms not only of products and technologies but also of their internal processes and production methods.

“It was more successful than I had hoped”, Arnaud Closson admits, “first and foremost because we involved all of our staff out in the field from the very outset. Giving those directly affected by the changes to be made a sense of responsibility is vital to the success of such a project”.

The financial report speaks for itself, with a 9% improvement in production efficiency and a 24-point increase in the service performance index. “We have progressed from a level of performance that was unacceptable with regards to some of our clients to an international level”, Arnaud Closson is delighted to announce, having managed to increase production capacity by installing two new machines, with plans to introduce others, as a result of the margins that these improvements have made possible.

Glanzstoff Textilcord’s drive to promote innovation clearly didn’t stop there. Indeed, a great deal of research is being carried out into materials and the interfaces between materials and consideration being given to further optimising production processes and updating the site to reflect the digital transformation.

“We would like to introduce automation systems to do some of the more gruelling jobs for our staff, such as transporting the reels of thread that we have to handle, since each reel weighs 12-15kg and by the end of the day an operator can have handled up to 6-7 tonnes in some cases”.

The introduction of the law of 17th May 2017 relating to the promotion of research, development and innovation means that businesses of all sizes and across all sectors are being more strongly encouraged than even to implement innovative initiatives, even though SMEs, which account for the largest number of businesses in the national economic fabric, are necessarily more heavily targeted.

“Businesses can apply for grants for specific projects that can also involve the organisation of certain processes and services”, Luxinnovation Start-up Support & SME Performance Director Jean-Michel Ludwig explains. “SMEs are the main group concerned, although the support that we offer can also benefit larger businesses”.

The aim of Luxinnovation’s various performance programmes is to eventually steer businesses in their efforts to implement projects that are in keeping with this law of 17th May 2017. “Of the many challenges facing businesses these days we have identified three major issues”, Jean-Michel Ludwig continues, “these being the digital transformation that is clearly affecting the country’s economy as a whole, the transition to a circular economy and support for innovation, particularly where SMEs are concerned. The support we provide for innovation will enable businesses to establish themselves in relation to the major market trends they are targeting and have consumers and end-users validate new developments”. 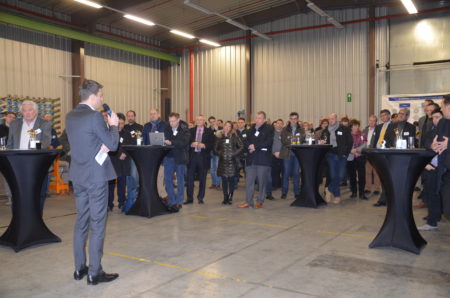 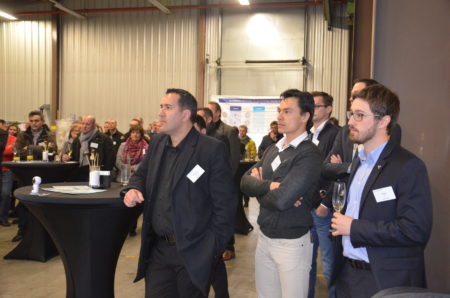 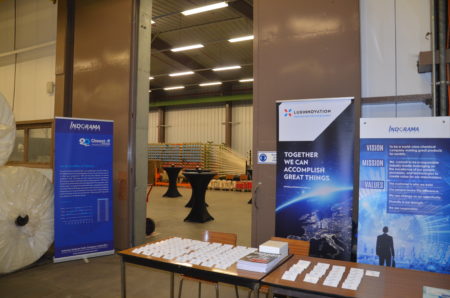 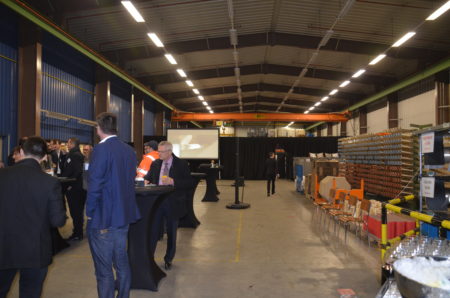 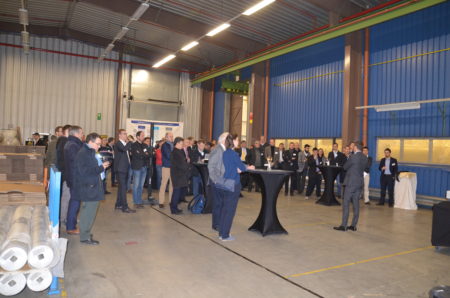 Tenzing Partners on the road to innovation

The company specialising in business transfers received support from Luxinnovation in preparing a funding application for a project aimed at improving its processes.
Read more

A global review of the digital sessions of the 4th Smart Manufacturing Week, which took stock of the challenges facing the industrial manufacturing sector.
Read more

After organising a guided tour of the MeluXina supercomputer, the Luxembourg National Competence Centre in High-Performance Computing is about to launch the “HPC Thursdays” webinar series for industry, research centres and public administration. An excellent opportunity to learn more about supercomputers and how they can create business and academic value.
Read more

HPC Thursdays: supercomputing for all sectors of industry, academia and public administration

Machine learning, high performance data analytics, virtual simulations, deep learning, and so on: high performance computing (HPC) can help generate new business value by unlocking the power of data and allow research the leap forward. Join the HPC Thursdays webinars to learn more about how you can benefit from Luxembourg’s HPC infrastructure and what support you can count on to launch your own projects.
Read more