Our most read articles in 2019

The advantages that Luxembourg offers to businesses and inhabitants, innovative projects that boost economic opportunities, companies that have developed successfully from Luxembourg, an economic mission to South Korea and some nice leisure activities: these themes vividly interest the Luxembourg Trade & Invest visitors. Discover our 12 most read articles in 2019.

The advantages of Luxembourg 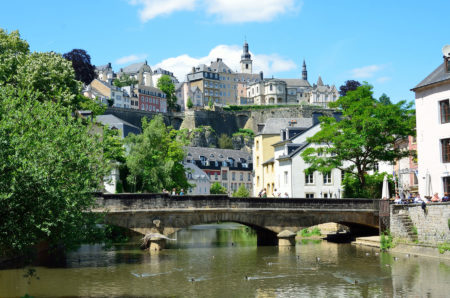 Luxembourg named the safest city in the world

In addition to its top ranking for personal safety, the capital overall ranks as the 18th best city in the world to live in.

Luxembourg is second most productive economy

A recent study from the think tank The Conference Board ranks Luxembourg as the second most productive mature economy in the world. 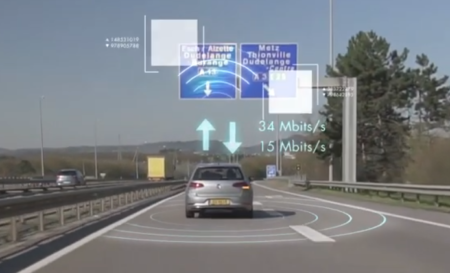 Discover the cross-border digital testbed for autonomous and connected driving

Extending 215 km across France, Germany and Luxembourg, the cross-border digital testbed for autonomous and connected driving is a pioneering partnership between three neighbouring countries. This video presents the opportunities offered to industry and academia to test innovative mobility solutions on public roads with several border crossings on the same day.

Facing a lack of drinking water, the Swedish municipality of Mörbylånga has invested in a pioneering water treatment plant. The plant’s ability to treat different streams of water, including pre-treated industrial water, is made possibly by technology provided by Luxembourg cleantech innovator APATEQ.

The international expansion of LuxAI is taking off. The company is building its global distribution and sales network and looking for investors that will help make its social QTrobot, which teaches social and communication skills to autistic children, available across the world. 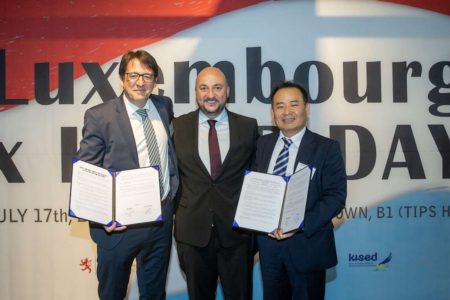 A seminar organised in Seoul on 17 July 2019 provided 100 representatives of Korean companies with information about the Luxembourg start-up ecosystem. 8 Korean start-ups presented their projects to the Luxembourg delegation, and Luxinnovation and its Korean counterpart, KISED, signed an MoU for further collaboration.

On 18 July 2019, during the last day of the economic mission to Korea, Deputy Prime Minister and Minister of the Economy Étienne Schneider presented the Luxembourg space sector at the Korea Space Forum. The minister highlighted Luxembourg’s key role in promoting the private space economy and the country’s willingness to exchange with others.

Luxembourg is a centre of excellence for the management, analysis and highly secure hosting of data. It also stands out for its distribution capacities of digital content. The advantages for companies looking for a European base were presented in a seminar in Seoul on 16 July 2019 in the context of Luxembourg’s economic mission to South Korea. 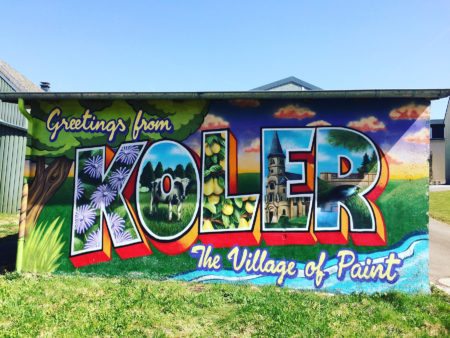 Would you like to discover new aspects of Luxembourg with people sharing their passions and hidden gems? From 29 June to 15 September, volunteers are offering original guided tours to their favourite places under the initiative #GuideForOneDay.

On 23 and 24 March, 13,000 runners and walkers participated in Relay for Life to be part of the fight against cancer. This yearly event is organised by Luxembourg’s Cancer Foundation and aims at supporting cancer prevention and research, and expressing solidarity with those suffering from the disease.

Together with public and private partners, the Luxembourg government has invested in Orbital Ventures, an investment fund targeting early stage companies in the space sector.
Read more

Luxembourg ranks 2nd in the world in the Digital Readiness Index 2019 published by Cisco. The country especially stands out for its positive start-up environment, its high level of technology adoption and its business and government investment.
Read more

Mobility innovation in the Greater Region

The new grantees will have a chance to build up their teams and have a far-reaching impact.
Read more

Corinne Lozé is the CEO of the Luxembourg subsidiary of French phone operator Orange. The French national enjoys the dynamic and innovative business climate as well as the beautiful countryside.
Read more