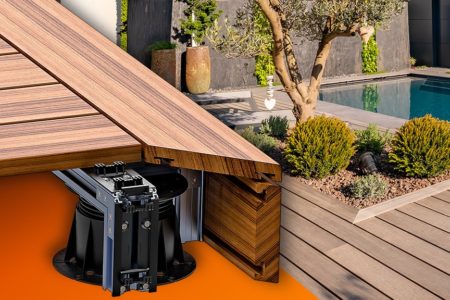 Based in Steinfort, the Vetedy Group specialises in the manufacture and distribution of wooden garden floors (terraces) and wooden facades. It is also based in Belgium, Cameroon and Indonesia and has representation points all over the world.

Innovation has always been a driving force and the company owes its success in particular to the design of a screwless and non-oxidisable system for wooden terraces. Called Softline®, this patented system, launched more than 20 years ago, uses invisible fasteners with rot-proof and very stable wood.

Another innovative system, Techniclic®, has also contributed to Vetedy’s success: launched in 2011, this system is specially designed for wood cladding of facades, walls and ceilings without visible screws. This allows for a high speed of installation, without altering the precision of the finish.

Targeting in the Greater Region

It is within the framework of the development of a new system, Technideck® (an intuitive wooden terrace system with 100% invisible fixing on an aluminium structure), that the company needs external support. “We needed to design and produce large-scale tools to install this system,” explains Terry Deumer, Sales Manager at Vetedy.

The contact established last November with Luxinnovation made it possible to integrate the company’s research into the EEN, Enterprise Europe Network, of which the innovation promotion agency is one of the points of contact.

“We wrote and published Vetedy’s research profile on the network. Within a few weeks, we received about 15 expressions of interest from all over Europe,” explains Remi Grizard, EEN contact point at Luxinnovation.

At the same time, the research was also disseminated in a more targeted way within an EEN sub-working group focused on the Greater Region. It was through this group that Vetedy found a German partner, from Rhineland-Palatinate, with whom a first contract for the manufacture of a prototype was concluded.

“The relationship was very simple, fast and above all efficient,” says Mr Deumer. “There was a very good follow-up of the file and a very good reactivity of this German company. We were fortunate enough to come across a professional company with a human dimension, which remains flexible. Everything was completed in the space of two weeks.

A physical meeting was thus quickly organised in Vetedy’s premises and a week later, the first quotations arrived on Mr Deumer’s desk for the manufacture of a first prototype before mass production was finally decided at the end of the year. “The relationship was so professional that we proposed two other projects to the company, which immediately accepted the challenge.” 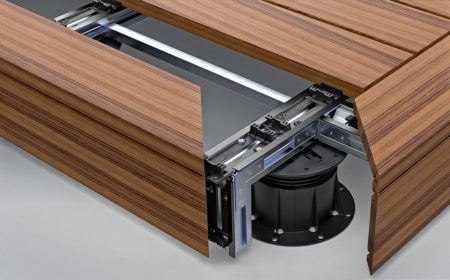