In Brussels, the 34th edition of the European Meeting of Luxembourg Students (REEL) was held at the end of September, a meeting point for Luxembourg students studying in various EU countries. 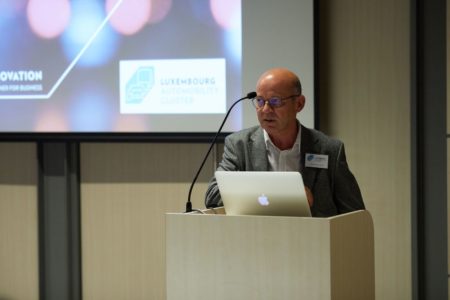 Some 150 Luxembourgish students from various European universities met at the end of September under the framework of the European Meeting of Luxembourg Students (REEL) which takes place each year in a different city.

The theme of this 2018 edition – the 34th – was centered around digitalisation. The aim was to stimulate exchanges between students, economic and political players around the implications of  digitalisation at work and its social consequences.

No less than three ministers (Étienne Schneider, Minister of the Economy and Lydia Mutsch, Minister of Health) and State Secretary (Francine Closener, for the Economy) spoke on this occasion, and were able to chat with the students.

Another minister, Marc Hansen (Higher Education and Research) also participated in a round table discussion on the topic “Student 4.0: Digitalisation in the professional world – Challenges and opportunities”.

A turnover of more than 1.5 billion euros

The Luxembourg Automobility Cluster, managed by Luxinnovation, was one of the organisations present to promote a booming sector that employs nearly 10,000 people in the Grand Duchy (of which more than 2,000 for R & D activities alone) generating an annual turnover of more than 1.5 billion euros.

“Luxembourg’s automotive sector is developing rapidly and offers a large number of career opportunities for young talent,” François Delé, president of the Luxembourg Automobility Cluster said during his presentation. A situation which he had the opportunity to detail on the cluster stand during a mini-fair where students were able to engage directly with companies about job opportunities.

The cluster was also represented by Lynn Elvinger, member of the Executive Board – Cebi Group.

“It is always interesting to find ourselves in direct contact with the employees of tomorrow. We will be renewing this kind of initiative in other cities with a large number of engineering students, ” Anthony Auert, manager of the Luxembourg Automobility Cluster said.