Florec, or how to quantify the circular economy

Industrial companies and researchers are increasingly jointly involved in project related to the circular economy. LIST and Tarkett, for examples, are currently finalising a project on advanced financial analyses of circular processes.

Home » Florec, or how to quantify the circular economy 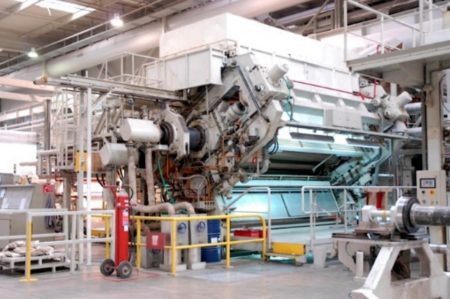 Research and the circular economy go well together. Sébastien Zinck, a Senior R&D Engineer specialised in the circular economy at the Luxembourg Institute of Science and Technology (LIST), confirms. “Research can be a great help to better take into account all the parameters of sustainable development that interact,” he explained on Monday 8 July at the round table discussion organised at the presentation of the Chamber of Commerce’s latest “Actualité & Tendances” publication dedicated to the circular economy.

This is also confirmed by the fundamental study on the principles of implementing circular economy processes in Luxembourg entitled “Luxembourg as a knowledge capital and testing ground for the circular economy” that was presented in February 2015 by Secretary of State of the Economy Francine Closener. Carried out by the international institute EPEA and based on consultations with over 50 Luxembourg stakeholders, this document of over 500 pages estimated, among other things, that to best exploit the potential of circularity in the country, it would be necessary to launch pilot projects and to implement a suitable framework for the collaboration between industry and research. According to the text, this framework should be designed “so as to accelerate the transition towards a diversified circular economy”.

Over the past years, LIST has multiplied its research projects related to energy issues with obvious circular dimensions: the exploitation of residual heat in industry; the effectiveness of processes and the improvement of energy efficiency; the use of renewable energy, mainly related to biomass and photovoltaic systems; management systems supporting the deployment of renewable energy in electrical grids, and so on. The examples are many, and the institute also has numerous collaborations with industrial players (Kronospan, ArcelorMittal, Sudstroum, Electris, etc.).

Flooring surface specialist Tarkett GDL in Lentzweiler is one of the industrial partners with whom LIST works regularly, in particular on projects related to environmental impact and life cycle analysis. “However, we realised that we lacked a financial analysis dimension that we could not find in existing publications,” explains Alain Casoli, Regulatory Affairs Director in the Corporate R&D unit of Tarkett in Wiltz.

This is why the Florec project was launched two years ago as a continuation of the work already undertaken together with LIST. The project has a two-year co-funding from the Luxembourg National Research Fund (FNR). The objective was to study a circular business model specifically for PVC flooring, covering the whole process from production to recycling and various mechanisms for recovering the materials used. The analysis also included the issue of transports.

“We have studied the entire value chain in order to measure both the environmental impact and the economic costs of the whole life cycle of flooring surfaces. We did this by comparing linear and circular models,” explains Thomas Schaubroeck, R&T Associate at the public research organisation. “The complexity of the work is in particular related to the diversity of all stakeholders: the company itself, its sales teams, the installers, the removers, the transporters, and so on – obviously without forgetting the final user! In order to make the approach efficient, all these stakeholders must be involved at one point or another.”

This global analysis was carried out in a specific geographical zone (the Benelux and France) where Tarkett has several production and recycling sites. “The model that we are working on would also make it possible to project the benefits and advantages for each stakeholder who launches such circular economy initiatives,” underlines Mr Casoli.

Scheduled to be completed by the end of the year, the project Florec enters at the beginning of the summer into the phase of validating the results obtained and measuring their relevance. “We are currently verifying if the data provided by the model is realistic compared to the initial parameters.”

The ultimate aim is obviously to duplicate the project for other industrial applications, at Tarkett or elsewhere. “The idea is to simplify the tool as much as possible so that it can then be configured and utilised by as many users as possible,” explains Mr Schaubroeck.

Tarkett produces approximately 1.3 million m2 of flooring surface (of which around 45% are of PVC) every day and uses around 10% of recycled materials. “Our objective for 2030 is to reach 30%,” indicates Mr Casoli. 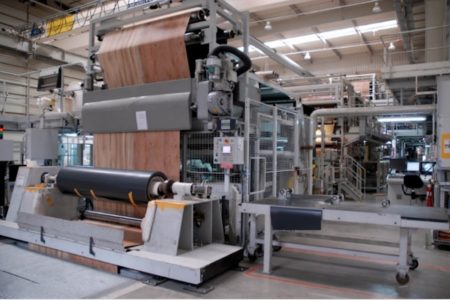 As a traditional material par excellence, wood, strongly impacted by technological developments and digitalisation, is gaining in notoriety. Explanations from Philippe Genot, manager of the Luxembourg Wood Cluster.
Read more

The final of the “Grand Prix de la productivité en Grande Région”, organised under the aegis of the Interreg ProdPilot project, named the Luxembourg company Ferro-Tech as the overall winner of this first edition.
Read more

The digital transformation of manufacturing

On 7 November 2019, Luxinnovation, together with FEDIL and the Chamber of Skilled Crafts, organised a cross-sector conference on how companies can use digital technologies to turn their production units into smart, connected manufacturing plants.
Read more