Kaiserslautern / Luxemburg Stadt, 26.09.2017 – A City Tour turns into a voyage to the past: What initially sounds like sci-ence fiction is now possible in Luxembourg City. Together with the city administration the Digital Devotion Group pre-sented a future-oriented tourism solution on Tuesday. By wearing virtual reality glasses during a bus tour through the “Pfaffenthal” district, visitors will be able to experience the historical city core, as it was in the 19th century. The project „VR Timetravel“ is part of the „Smart City“initiative of the city of Luxembourg.

“Virtual Reality puts us in the position to offer tourists a city expe-rience on a completely new level“, explains Prof. Matthias Pfaff, Partner and Chief Innovation Officer of the Digital Devotion Group based in Kaiserslautern and with an office in Luxembourg. The newly started pilot project „VR Timetravel“ shows how this works: With Virtual Reality technology, travelers can actually experience historical environments. They get to know the district of Pfaffenthal from a historical perspective by being chauffeured with a bus through its narrow streets.

Through their VR glasses participants of the tour experience life as it took place in Pfaffenthal during the 19th century – all with a fitting scenery: Functional buildings such as the barracks of Vauban, as well as private houses, have been merged using photos and state-of-the-art technology into a coherent virtual world. Even the bus adapts to the times by appearing as a carriage with its horses. Matching sound effect make the time travel even more authentic.

However, visitors who want to try the new attraction must be pa-tient as long as the test phase of the pilot project lasts. Afterwards an expansion to other city districts for 2018 will be decided. Until then, further test drives with selected passengers are possible on request.

The “VR Timetravel” project is part of the “Smart City” concept of the city of Luxembourg, aimed at residents and tourists, to improve the interaction and information transfer on a digital basis. A further tourism project with an Augmented-Reality-Application (AR) has already been released since one week. With the help of “en-hanced reality” information of physically existing motives are placed onto the camera image of a smartphone or tablet using an Android and iOS app called “VdL-AR”. At seven locations, like the Place Guillaume II or Place d’Armes for example, users can ac-cess old photos, historical films, or 3D maps.

The public transport system is part of another feature of the app, developed by the Digital Devotion Group in collaboration with the
3 / 4
Luxembourg transportation agency.: Passengers can point their smartphone to a bus stop, whereupon the app automatically de-tects it and displays instantaneous real-time information about de-parture times, an interactive map, or short-term changes to travel routes.
Purchasing tickets is also possible using the app.

Alexander Fridhi is enthusiastic about the “smart city” initiative: „Luxembourg is a pioneer in international comparison with the ap-proach of making digital innovations available to everyone in eve-ryday life.” Aside from “Vdl-AR”, “Smart City” includes other com-ponents such as the improved transparency of government proce-dures, regularly updated information on environmental influences or an expanded and free WiFi network in the city. 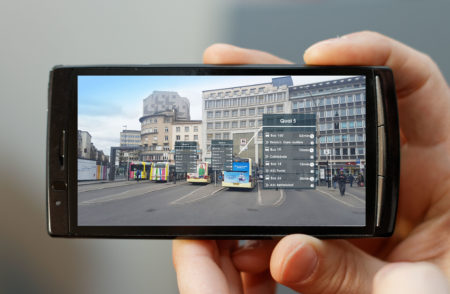 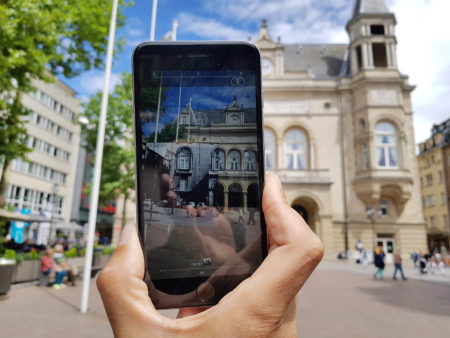 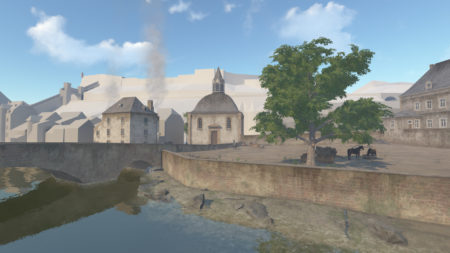 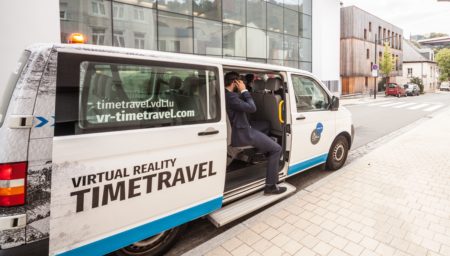 5 things to know about cybersecurity in Luxembourg

The Luxembourg Chamber of Commerce, in association with the Ministry of the Economy, the Luxembourg Trade & Investment Office (LTIO) in Shanghai and the China Construction Bank, organised the first digital trade mission to China on 23-26 November 2020. 180 participants from China and Luxembourg joined to learn more about opportunities for digital business in both countries.
Read more

For its 2020 edition, the Luxembourg Gaming Xperience is adapting to the circumstances. It will offer, from 18 to 20 December, a 100% digital version which should delight all lovers of geek culture, e-sport and other new technologies.
Read more

The future of manufacturing: sustainable and digital

New manufacturing technologies and processes are revolutionising companies’ business strategies and internal way of working and growing. This year we are organising the 3rd edition of the smart manufacturing event, which will be digital and address all manufacturing sectors.
Read more

Smart voice messages: a tool for patient-doctor and customer-company communication

Luxembourg start-up SoftBrik is developing an artificial intelligence-based system for capturing customer feedback via voice messages. One of the winners of the StartupsVsCovid19 competition, the company is also transforming its solution into a tool helping doctors receive and respond to messages from patients in a timely and efficient manner.
Read more